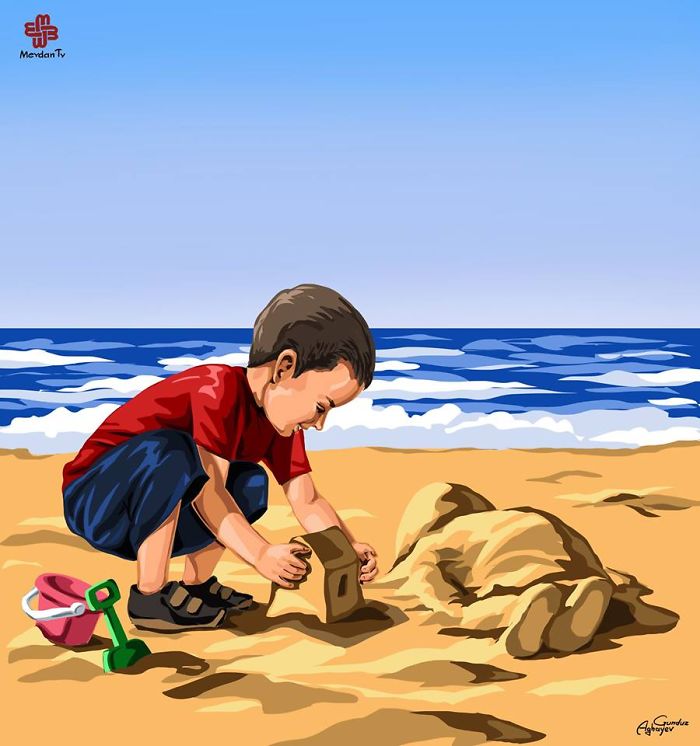 Alan Kurdi and his family tried to reach Canada from Turkey and struggled to get there legally for a long time. However, they have not succeeded. Perhaps, as a final way of getting to Europe after several previous attempts through the sea, this time they wanted to get into the island of Kos (Greece) from the city of Bodrum, Turkey via smugglers. Alan Kurdi, his brother and the mother never reached Greece, their boat has been drowned into the sea and they have lost their lives…!

While the tragic incident blow up our minds and hearts, another detail is worth to share today at the UN’s World Refugee Day. The Turkish Coastguard who rescued the family of Alan Kurdi several times has become a refugee himself in Europe. This unfortunate incidents refers to an issue that we can all become refugees. Lets hope not, but we never no. Therefore, my take is that, we have to be a fair host today for the fair tomorrow.